Many schools put a set of watercolor paint for arts and crafts on their school supply list for all grades. Brushes are also required.

Watercolors have many advantages in a school setting, such as:

Watercolor paints consist of pigments suspended in a water-based solution.

In school settings, pans are much more common than tubes. The standard choice is buying a small metal och plastic box filled with an assortment of differently pigmented watercolor cakes or bars lined up next to each other in two or more rows, each paint placed in their own little pan within the box, but with no individual lids. Watercolors sold in this fashion tend to be dry, and you need to add quite a lot of water (using the brush) before you can paint with them.

Watercolors sold in tubes tend to have roughly the same consistency as toothpaste. They are already mixed with some water, and thus not very dry. Still, most painters will dilute the paint with additional water before painting with it. 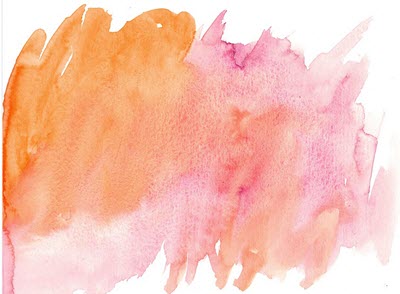 The principal ingredients of watercolor paint:

The original binders of the 16th-century watercolors were sugars and hide glues. The glue was derived by prolonged boiling of animal connective tissue from cadavers.

In the 19th century, the sugars and hide glues were largely replaced by other water-soluble, complex carbohydrates, especially gum arabic. When gum arabic is used, it is common for the manufacturers of commercially available watercolors to also add some glycerin to the mixture to improve plasticity and make the paint more soluble.

In the olden days, it was not unusual to find highly toxic pigments in paints. Today, many manufacturers instead rely on hansa yellow, phtalo blue and quinacridone red to make their watercolors, which is much safer. This safety aspect is of course especially important when the products are to be used by school children.

From the primary colors yellow, blue and red, a wide range of colors, shades, and hues can be created by mixing. Watercolor set, however, will typically contain a large selection of paint colors, as most watercolor painters do not wish to create every hue themselves by elaborately mixing primary colors together.

Paint of the color white is usually not included in a standard watercolor pan. Instead, white areas in the painting will be formed by simply leaving those areas unpainted, allowing the spectator to see the white color of the paper. Some watercolor pan sets contain a separate tube of white paint. Having access to white paint can be especially helpful when painting on papers that aren’t white.

Watercolors are usually translucent. They often appear more luminous than acrylics and oils, because the pigments are laid down with fewer fillers.

Most of the gum arabic will be absorbed by the paper, and this changes the adhesion of the pigment to the paper, making it easier for pigment particles to penetrate the paper fibers.

Zinc oxide can be added to make watercolors opaque.

Watercolor paint is normally used to paint on paper. Special paper is not required but can enhance the result. The paper created specifically for watercolor paintings often contains cotton, which impacts the texture and makes distortion less likely while the painting is still wet.

What are aquarelle sets?

The tradition of using watercolors in schools

One of the reasons why the use of watercolors is so common in educational settings in countries such as Canada, United States, and the UK is that watercolors were extremely popular in England during the 1700s and 1800s when a lot of school traditions and prevailing ideas about education were formed.

Among the British aristocrats, and by extension also among the upwardly mobile middle-class segments, watercolor painting was seen as an essential ingredient in a good education – for both boys and girls. A military officer would, for instance, be assumed to know how to paint with watercolors and be able to use his skills to clearly and accurately depict terrain, fortifications, etc when necessary.

This was an era before photographic cameras became widespread, and both sketching and watercolor painting were very useful and necessary skills to have in many professions, including such positions that involved engineering, map making, military campaigns, or scientific pursuits. Many notable works from this period, but public and privately commissioned ones, are elaborately illustrated with watercolors. Many English scientific expeditions carried out in this epoch, including geological, geographical, biological, and archaeological ones, included staff known to be skilled watercolor painters.